Digital content is designed to be addictive – like tobacco or fast food. So let’s be honest about which services are the doughnuts 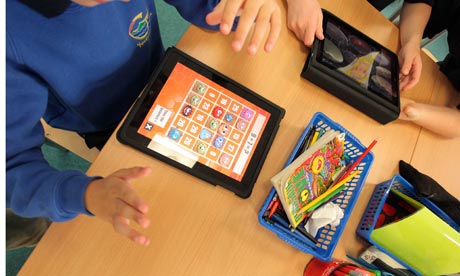 ‘Parents will know that taking an iPad away from a toddler is not something you undertake lightly.’ Photograph: Dimitris Legakis/D Legakis Photography/Athena

I like the internet. I use it a lot. In fact, I work at a senior level in the industry and from here the internet does not look like a fad that will pass any time soon.

Hundreds of millions think Facebook is fun, that Google is useful, and that iPlayer is essential. Each day people reach for their phones to see if their latest Instagram is a hit, if a new profile pic is liked, or if they have been retweeted.

We do this because it is addictive – literally addictive. Each time there’s a new email, our brains reward us with a hit – a dopamine high – which encourages repeat behaviour. Apparently, it’s one of the ways in which we learn. As one behavioural psychologist put it, the internet creates “a dopamine-induced loop”, giving us “almost instant gratification of our desire to seek“.

Computer game manufacturers have long known this, and so they make products, apps or games that are “sticky”, in the jargon. Society has long known it too: stories of gamers dying of exhaustion at their keyboards are more than five years old now, not to mention “crackberries“. What they want most is for their app to be the first thing to come to your mind when your brain is idle for a second and you think, “What shall I do now?”

But why has the internet industry not asked itself whether it should be taking responsibility for these products, for creating content that is actually designed to be addictive? Does it ask whether building the digital equivalent of a Skinner box or discussing how to manufacture desire is necessarily a good thing?

In other words, are we – the internet industry – the new tobacco? And, if we are, what stage of the marketing of this new industry are we at? Is this the equivalent of the 1930s? Are we at the stage of “More doctors smoke Camels”?

It is striking that, while there seems to be almost universal agreement that successful app design creates addictive experiences – “an impulse-control disorder that does not involve an intoxicant“, if you want to be scientific about it – apparently we do not see this as a problem. We simply do not define the physical, sociological or pathological implications of compulsive internet use (and the effect on our dopamine levels) as a bad thing.

Partly this is because we’re all doing it, and we like it (as I began by saying). Also, there’s a tendency to construe the gamification of society as a net positive. The X Prize founder, Peter Diamandis, for instance, has called for a “powerful, addictive game” that promotes education.

But this benign future is the flipside of a problem that we are already ignoring. We have glamorised it and mocked it out of existence.

Consider addictive technologies and children. Parents will know that taking an iPad away from a two-year-old is not something you undertake lightly. Yet we don’t worry about that reaction; instead we make videos and post them on YouTube. Putting a parental lock on a 14-year-old’s computer is also likely to lead to weeks of sulking. For some, life without their smartphone is unimaginable. Some of us feel panic at the loss of a phone; others feel adrift if the Wi-Fi goes down. We don’t yet console ourselves that we are simply suffering from withdrawal symptoms.

There seems a possibility, in other words, that digital can be a problem, not always a solution. And when we focus on the “cuteness” of the symptoms, we risk neglecting the cause. Digital products are not seen in the same light as other consumer goods, and it seems unlikely that anyone will change their behaviour, or developers start making apps less addictive, without some firm encouragement.

In the past year, the backers of the US’s Stop Online Piracy Act and others have taken on the digital industries and got a bloody nose. What seems surprising, given their relentless focus on the legality (or otherwise) of various digital services, is that their lobbyists missed the potential of health implications for people using digital content that encourages compulsive use.

They might argue that an internet service is consumed, just like tobacco, alcohol and fast food, all of which are regulated in the interests of the consumer. Society generally agrees that most chemicals that are addictive are bad. Food, too. Sugar is poison, we are told. Why not digital? Bill Davidow makes an equivalent argument far more elegantly in the magazine the Atlantic, saying that the internet is the new fast food. If digital were “regulated”, he asks, how would we do that? Is there high-tar digital and low-tar digital? Will we see class actions against developers?

Hysteria aside, there is a huge amount of good digital out there, transforming the world, changing lives, making economies grow, educating, and making us fit, happy and connected. It’s also fair to say that the internet is only a conduit, a medium, not a cause, just as the iPad is simply a device. And one cannot be addicted to a tool. (The rate of syringe addiction is not high, either. Syringes have been a good, indeed world-changing, thing.)

I already have to explain to my kid how we fucked his planet up and that, yes, it was our fault. I really don’t want to have to say we helped to fuck him up too.

• This article was written by a director of a global internet services company, who chooses to remain anonymous