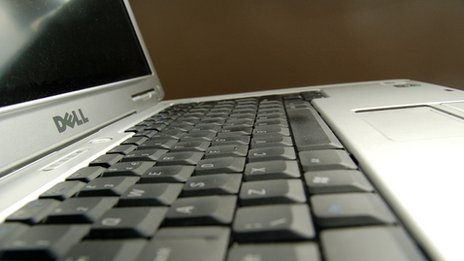 Internet addicts can suffer a form of cold turkey when they stop using the web – just like people coming off drugs, according to research.

A study by Swansea and Milan universities found young people had “negative moods” when they stopped surfing the net.

Internet addiction is said to be a clinical disorder marked by out-of-control internet use.

Swansea University said around half of the 60 young people it studied spent so much time on the net that it had negative consequences for the rest of their lives.

When these people come off-line, they suffer increased negative mood – just like people coming off illegal drugs like ecstasy”

The results are part of a study looking at the negative psychological impacts of the internet.

The university said over the past decade internet addiction had became widely debated in medical literature.

Its research said the so-called addicts’ web usage was varied, but it was common for them to gamble and access pornography online.

Prof Phil Reed, of Swansea University’s college of human and health sciences, said: “Although we do not know exactly what internet addiction is, our results show that around half of the young people we studied spend so much time on the net that it has negative consequences for the rest of their lives.

“When these people come off-line, they suffer increased negative mood – just like people coming off illegal drugs like ecstasy.

“These initial results, and related studies of brain function, suggest that there are some nasty surprises lurking on the net for people’s wellbeing.

“These results corroborate previous reports regarding the psychological characteristics and traits of internet users, but go beyond those findings to show the immediate effect of the Internet on the mood of those who are addicted.”

The study explored the immediate impact of internet exposure on the mood and psychological states of internet addicts and low internet-users.

The 60 volunteers, made up of 27 men and 33 women aged in their 20s, were given psychological tests to explore levels of addiction, mood, anxiety, depression and autism traits.

They were then given exposure to the internet for 15 minutes and re-tested for mood and anxiety.

Scientists said this could possibly trigger them to log back on to the internet to “remove these unpleasant feelings”.

Research into internet addiction has also been carried out in China.

Last year experts there said web addicts had brain changes similar to those hooked on drugs or alcohol.

They scanned the brains of 17 young web addicts and found disruption in the way their brains were wired up.